How California Law Deals With Division of Property for Unmarried Couples

Marriage rates in the United States hit an all-time low in 2018 and have continued to fall since then. The coronavirus pandemic is not likely to help matters as marriage rates have historically fallen after periods of disaster, such as the Great Depression. And it’s not just Millennials who are eschewing the legal trappings of marriage, but older divorcees are also 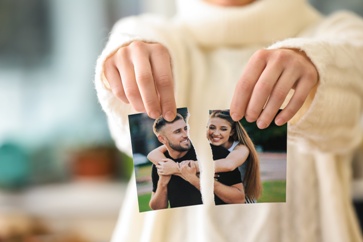 choosing to cohabitate rather than remarry.

However, the drop in the marriage rate does not mean that people are not sharing their lives and even having children together. Many people are choosing to live together, pool resources, co-parent children, and co-sign on mortgages without being married, and they are certainly entitled to do so. The problems arise, however, when the relationship breaks up, and they disagree on how property should be divided. Unfortunately, the law in California is not really on their side.

California Does Not Recognize Common-Law Marriage

Unlike some states that afford the rights of marriage to people who have lived together for a certain length of time—often seven years—a common-law marriage cannot be formed in California. No matter how long you have lived together, how intermingled your assets are, or how many children you share, you have no straightforward right to community property or spousal support if the relationship breaks up. Child support is a different matter.

If You Can Prove Breach of Contract, You Might Have Rights

After a precedent-setting case involving the actor Lee Marvin and his ex-girlfriend Michelle Triola in the 1970s, there is a possibility of filing what’s now known as a Marvin claim to get what you think you are entitled to after a break-up. A Marvin claim is essentially a breach of contract claim. To be successful, you must prove that an agreement existed between you and your partner to treat assets as community property or to support one another for a lifetime. Proving an oral contract existed can be difficult, but it helps if you can show that you lived as if the contract existed. For example, if you quit your job to raise the children and your partner continued to work to support the family, there was clearly an agreement to that effect. If you made significantly less money than your partner and he or she paid your medical bills or other expenses, that could also be proof of an understood agreement. Ironically, in the original Marvin case, Michelle lost her claim for support from Lee Marvin but opened the door for future couples to have their cases heard.

In the Marvin case, Michelle Triola’s attorney coined the term “palimony” as a play on the word alimony to refer to the money he believed his client should get from the actor. If you can prove that you gave up your own salary or earning potential to care for your ex, a court might order your ex to pay you support, similar to how alimony is awarded in divorce cases.

How Can You Avoid This Problem Without Getting Married?

If this all sounds like a bit of a nightmare, that’s because it is. Unmarried couples simply do not have the same rights as married couples. But that doesn’t mean you have to get married in order to protect yourself. If you are at the point in a relationship where you are willingly sacrificing something of your own—your career, a house you owned, your earning potential, etc.—for the good of the relationship, you should talk to your partner about putting an agreement in writing. A lawyer can help you draft a cohabitation agreement that will spell out how property, including property you acquired during the marriage, should be divided in case of a break-up.

A cohabitation agreement can feel like you are setting yourself up for failure. This is how engaged couples often feel about prenuptial agreements. However, rather than viewing it that way, a committed couple should be able to see that it protects each person equally in a variety of unexpected situations. Contact my Marin County office to learn more about Marvin Claims, palimony, and cohabitation agreements.