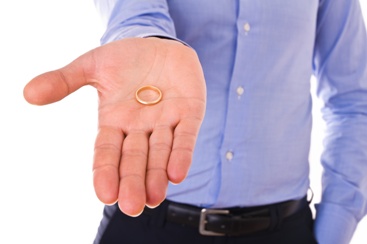 Many divorcing couples wish they had never married in the first place, but regret is not a valid reason to seek an annulment in California. There are certain very specific—and rather extreme—reasons for an annulment, and they all require strong proof to hold up in court. Whatever your reason for wanting an annulment rather than a divorce, you will have to meet California’s strict legal standards. Before you go too far down the annulment road, you would be smart to consult a California divorce attorney to discuss your options.

When You Can Get an Annulment

It might sound like splitting hairs, but there is a big difference between divorce and annulment. When an annulment is granted, the state is saying that the marriage never happened. Each partner gives up the rights that would be granted in a divorce, such as division of property according to community laws and spousal support. If there are children, you would have to ask a judge to establish parentage. Because of the sacrifice of these rights, the state takes annulments very seriously.

In cases of incest, where two close blood relatives marry, or bigamy, where someone has knowingly married more than one person, the state of California will automatically annul those contracts when they are discovered, even if all parties consented to the marriage.

Outside of incest and intentional bigamy, you will have to provide one of the following reasons to get an annulment:

In general, you have four years from the date of the marriage to file for an annulment, but there are exceptions depending on the reason for the annulment. When someone is seeking an annulment based on one of these claims, they will have to provide evidence of their claim. Courts do not hand out annulments easily. Working with a divorce attorney is the best way to ensure that you are adequately prepared for the proceedings.

As we have explained, simply regretting that the marriage ever took place is not enough for a judge to grant an annulment. One of the more common reasons for wanting an annulment is that divorce is not recognized in certain religions, and a divorced person would not be able to remarry in their religion. However, this is also not a sufficient reason for a legal annulment in California. You would also have to prove that one of the above conditions existed by providing sufficient evidence to a judge.

At Nathan Law Offices, we exclusively represent women in divorce, custody, and spousal support matters. If you believe you have grounds for an annulment, contact our team to find out what your options are. It’s possible that even if you don’t qualify for an annulment, we can help you secure a divorce that accomplishes similar goals and meets your need for a clean break from your spouse. Call our Marin County office or fill out our contact form to get in touch with us today.