My husband and I have commingled property. How do we separate it in a divorce? 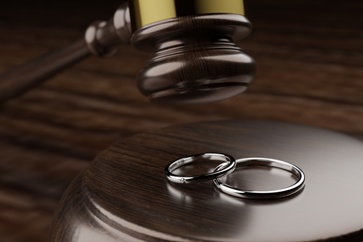 It is not uncommon, particularly in second marriages, to have assets and property that are commingled. This means that a portion of the asset belonged to one of you before you got married but got mixed in with property accrued after the marriage. In a divorce, commingled property is neither separate nor community property and must be divided before it can be included in a divorce settlement. This can be a difficult process, and you want to be sure you are represented by a lawyer who understands the challenges.

Not All Property Is Created Equally

Commingling of Property Is Also Common in Later Marriages

The challenge with separate property arises when it commingles—or mixes—with property accumulated during the marriage. This can happen with real estate property or with retirement accounts and pensions. If, for example, you owned a house before you were married and you sold the house to make the down payment on a house you bought with your spouse, that down payment is considered separate property. However, as you and your spouse both contribute to paying off the mortgage on the house, the house itself is considered community property. Those commingled assets will have to be separated before property is divided in a divorce.

An Experienced Attorney Can Help You Separate Commingled Property

Separating commingled property is often very important for women in a divorce. As a single working woman, you may have earned significant assets before your marriage and then had children and lost your earning potential. In a divorce, you are entitled to the full value of the assets you brought into the marriage. However, if those assets are commingled with marital property, you will need an advocate to help you get them back.

Nathan Law Offices exclusively represent women in divorce, and we understand the unique challenges they face. Contact our Marin County office to find out how we can help you.