Don’t Let Your Ex-Husband Harass You on Social Media 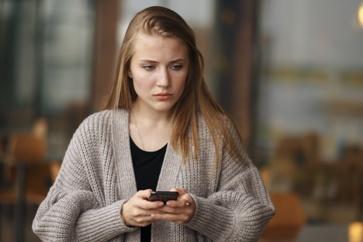 Not all marriages end amicably. In many cases, there is lingering anger and resentment long after the divorce is final. Whether the anger stems from issues in the marriage or from a perceived lack of fairness in the divorce or custody agreements, when your ex can’t let go of bad feelings and attacks you on social media, he might be breaking the law.

When Does Posting Insults on Facebook Cross a Line?

When we think of cyberbullying, we often think of kids in middle school or high school. Even as these incidents have escalated to very adult consequences, we don’t think of cyberbullying as something adults engage in. However, if your ex-husband is bad-mouthing you on Facebook or threatening you on Twitter or TikTok, he may be breaking the law. In fact, this kind of harassment could be in violation of California’s domestic violence laws. A few key points to consider:

While there is no specific statute regarding cyberbullying outside of California’s Education Code, making threats, posting private photos, revealing personal information, venting about a divorce or custody settlement, or other harassing behavior by an ex could be considered an act of domestic violence.

What Can You Do About it?

If your life has been disrupted by your ex-husband’s social media attacks, and you are afraid for your safety and that of your children, you can file for a domestic violence restraining order or personal protective order to prevent further threats and attacks. The order can be written specifically to prevent your ex-husband from harassing you on social media, texting you, sending you emails, and more. It might feel like you are going too far by accusing your ex of domestic violence, but in California, that is the mechanism by which you can stop the harassment. You do not have to put up with being cyberbullied by your ex. Contact our Marin County law office to learn more.