Exes Convicted of Domestic Violence Should Not Receive Alimony 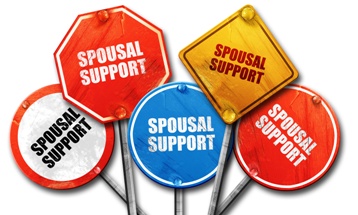 If you were the primary breadwinner in your marriage, you will likely be expected to pay spousal support to your ex-husband after a divorce. Depending on the circumstances of your split, this can be a hard pill to swallow. However, if your ex was abusive and was convicted of domestic violence, he will be denied spousal support unless he can prove he deserves it. As unfair as it may seem, you may have to launch a defense in order to avoid having to pay alimony.

How Does California Law Protect Victims of Spousal Abuse?

In a divorce proceeding in which one spouse was convicted of domestic violence, California’s Family Code protects the victim in the following ways:

However, a convicted abuser can claim that, despite his criminal history, he is deserving of spousal support. The burden of proof will be on him, and the injured spouse can rebut his claim with a preponderance of the evidence.

What Does This Mean for Your Divorce?

If you are the victim of domestic abuse and your husband thinks you owe him spousal support, you need an experienced Marin County divorce lawyer in your corner to rebut his claim. While abusers have to work pretty hard to prove they deserve alimony from the woman they victimized, you will still have to provide evidence to counter his claim that he deserves your financial support. He may claim that he has paid enough for his crime, that he has been rehabilitated by therapy, or that you were equally abusive to him. He may also claim that he was a victim of child abuse and deserves special consideration. As your advocate, we will help you argue against these assertions to preserve your income for yourself and your children.

Rely on Our Alimony Lawyer in Marin County

At the Law Offices of Paul H. Nathan, we exclusively represent women in divorce and alimony cases, and we are strong advocates for victims of marital abuse. Many factors are considered when awarding alimony, and we would be pleased to speak with you about your spousal support situation in Marin County. The family court system in Marin County and San Francisco is complex and confusing. You should not have to handle an alimony fight with an abusive husband on your own.